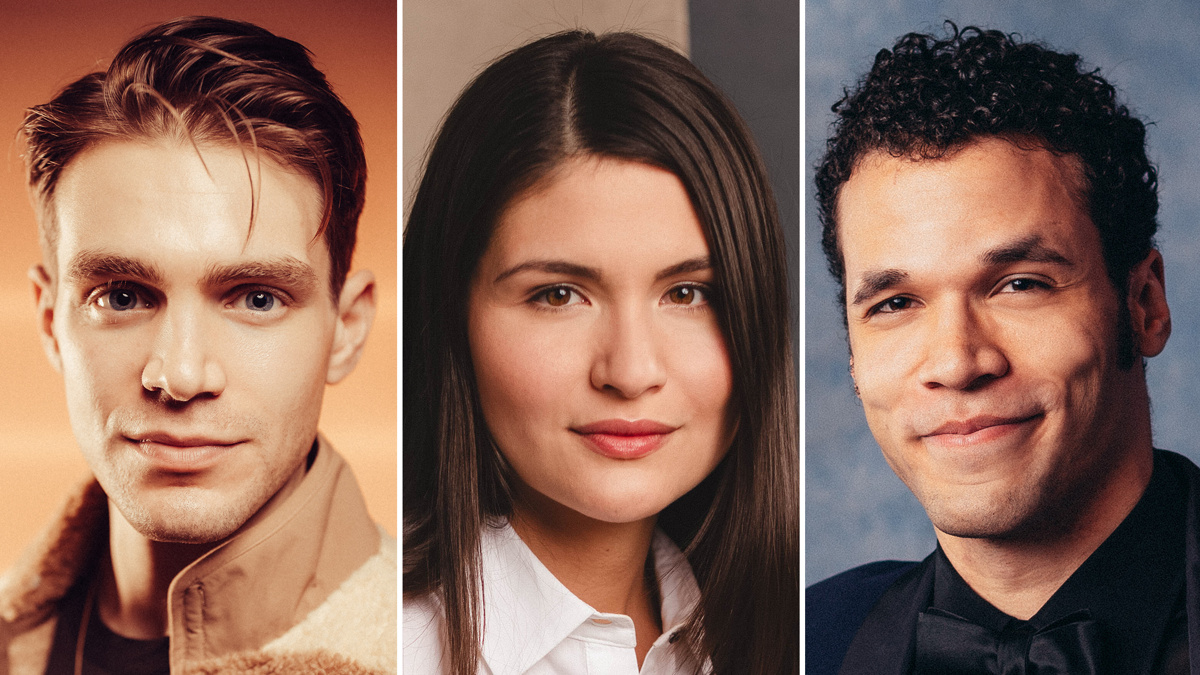 Casting has been announced for the upcoming Broadway production of Lerner and Loewe’s Camelot. The musical, which features lyrics by Alan Jay Lerner and music by Frederick Loewe, features a new book by To Kill a Mockingbird playwright Aaron Sorkin (based on Lerner’s original book) and is directed by Bartlett Sher. It will begin performances at Lincoln Center Theater’s Vivian Beaumont Theater on March 9, 2023 and open on April 13.

Leading the production will be Tony winner Andrew Burnap as Arthur, Tony nominee Phillipa Soo as Guenevere and Jordan Donica as Lancelot Du Lac. Additional casting is to be announced.

Burnap won a Tony Award for his Broadway debut performance in Matthew López’s The Inheritance. He will appear opposite Rachel Zegler in the upcoming live-action remake of Disney’s Snow White. Soo is a Tony nominee for originating the role of Eliza Schuyler Hamilton in Hamilton. Her other Broadway credits include Into the Woods, Amelie and The Parisian Woman. Donica’s Broadwat credits include The Phantom of the Opera and My Fair Lady. He is reprising his turn as Lancelot from a 2019 benefit reading.

Based on The Once and Future King by T.H. White, Camelot, Lerner and Loewe’s 1960 follow up to My Fair Lady, is a story about the quest for democracy, striving for justice and the tragic struggle between passion and aspiration, between lovers and kingdoms. This epic and timely tale features the characters King Arthur, Queen Guenevere and Sir Lancelot. The score includes “If Ever I Would Leave You,” “What Do the Simple Folk Do?” and the title song.