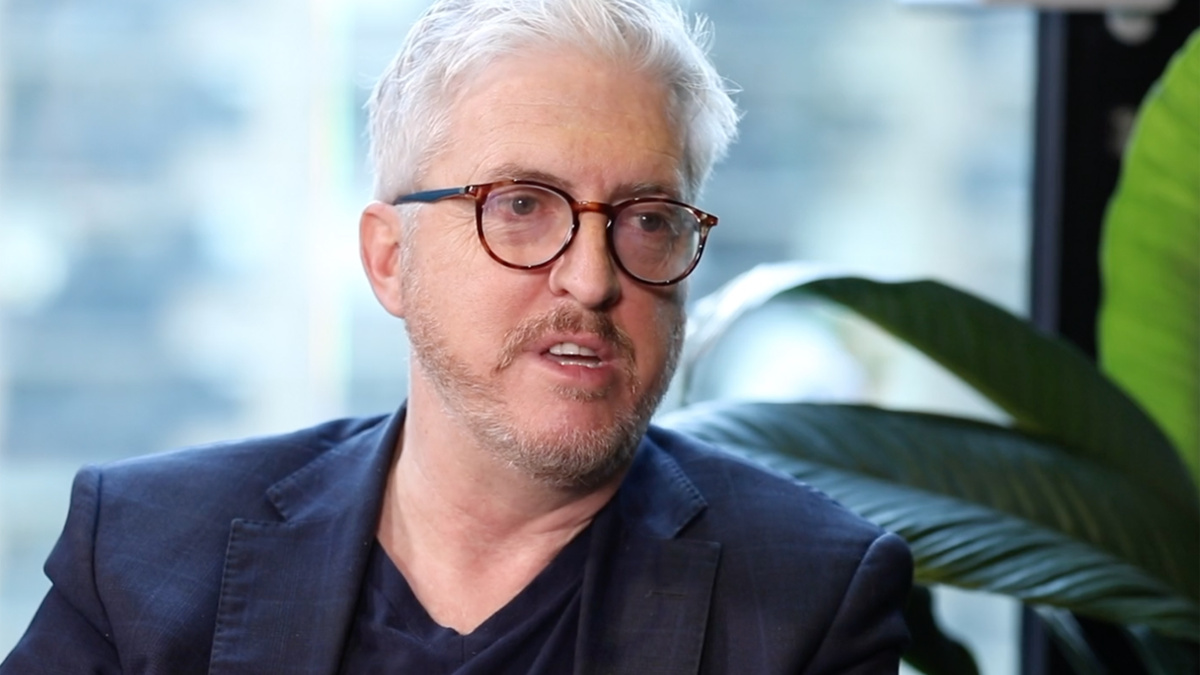 Anthony McCarten has an affinity for writing about real-life legends. He is a four-time Oscar nominee known for writing The Theory of Everything about Stephen Hawking, Bohemian Rhapsody about Queen, The Two Popes and the just-released I Wanna Dance With Somebody about Whitney Houston. Now, McCarten is pulling double duty on Broadway with The Collaboration and A Beautiful Noise, The Neil Diamond Musical. Broadway.com Managing Editor Beth Stevens sat down with the writer at citizenM Hotel for The Broadway Show to talk about “inspired speculation,” Neil Diamond teaching him how to play “Sweet Caroline” on the guitar and more.

Although McCarten is no stranger to writing about real people, there are boxes that must be checked before he takes on a new assignment. “Goethe said you have to have an elective affinity with your subject,” he said. “You’ve got to find something in that life that talks to you. A big box that I need to tick before I take anything on is—is there anything new to say about this person? That’s an especially relevant question when the person’s famous. If they’re an icon, then it’s even more relevant.”

Not only was A Beautiful Noise McCarten’s Broadway debut, it also marks his first forray into stage musicals. “I was resistant to doing musicals,” he said. “I got a phone call from producer Ken Davenport, and he said, ‘Neil Diamond,’  and I said, ‘I’m in.’ My mother, my whole childhood, had two pictures on the mantelpiece: one was of the Pope and one was of Neil Diamond. I had a harrowing moment where I delivered the script to Neil Diamond—I thought I was just dropping it off. There was this table set up in the middle of the room and a chair facing two others. He and his wife sat in the two, and they asked me to perform the musical for them. There was no way I could say no to it. I ended up starting, ‘Act one, scene one, lights up.’ I performed the whole musical for Neil, and he rewarded me by teaching me ‘Sweet Caroline’ on the guitar.”

For The Collaboration, which examines the friendship between Andy Warhol and Jean-Michel Basquiat, McCarten had to envision what it was like to be in the room with the two masters of art. “The key question, when you take on a living subject or a historically well-known subject, is how much license do you have? The facts themselves will get you to the threshold of the house, but you need art to get you inside and have a cup of team” he said. “If I just render a photograph to you, then I’m simply a historian, and I’m constrained just by the facts. I call it ‘inspired speculation.’ You got to do the research. You have to honor the facts. You cannot do injury to your subject. Beyond that, you have to dream yourself into what could have transpired in those rooms. What would that person most likely have said to that person? How can I do justice to their beliefs and then put them in conversation with someone else who challenges that? I love that. I love putting polarities in opposition.”

Watch an extended version of the interview below and head here to check your local listings for The Broadway Show. Hosted by Emmy winner Tamsen Fadal, it is the only nationally syndicated weekly theater news program.