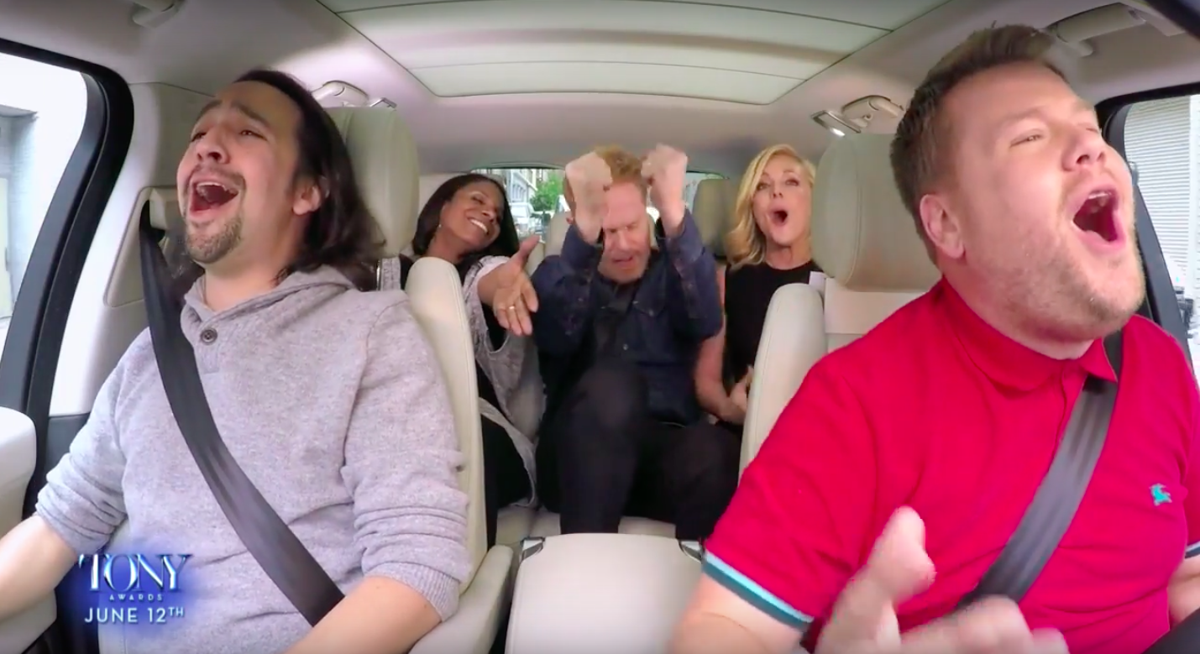 Tony Awards host James Corden brought his Carpool Karaoke shenanigans to the Great White Way on the June 6 episode of The Late Late Show, with some of the biggest stars on Broadway. From Hamilton to Les Miz, with a stop in Jersey along the way, Corden piles Lin-Manuel Miranda (Hamilton), Audra McDonald (Shuffle Along), Jesse Tyler Ferguson (Fully Committed) and Jane Krakowski (She Loves Me) into a minivan for a ride through the streets of New York City that musical theater fans won't ever forget. Click below and sing along with the stars!