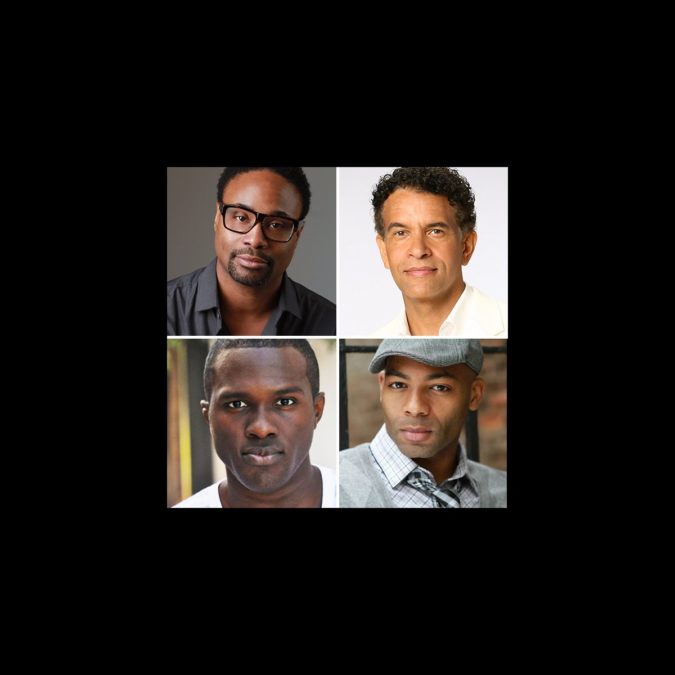 A host of extraordinary leading men will shuffle back to Broadway this season. Tony winners Billy Porter (current star of Kinky Boots) and Brian Stokes Mitchell, along with Tony nominees Joshua Henry and Brandon Victor Dixon, will share the stage with Audra McDonald in Shuffle Along, Or, The Making of the Musical Sensation of 1921 and All That Followed. Performances will begin on March 14, 2016 at the Music Box Theatre. Opening night is set for April 21.

The show, which bills itself as a revival, combines the 1921 musical Shuffle Along with the backstory of the people who brought it to life, including the songwriting team Eubie Blake and Noble Sissle and bookwriters Aubrey Lyles and F.E. Miller. Bring in ‘Da Noise, Bring in ‘Da Funk collaborators George C. Wolfe and Savion Glover will reunite to direct and choreograph, respectively. Wolfe will also pen the new book.

McDonald will star as 1920s headliner Lottie Gee. Porter and Mitchell take on the roles of the librettists and performers Lyles and Miller, while Henry and Dixon will play composers Sissle and Blake. Additional casting will be announced later.

Porter took home a Tony in 2013 for his star performance as Lola in Kinky Boots. He is scheduled to conclude his run in the show in January 2016. His additional Broadway credits include Smokey Joe’s Café, Grease, Five Guys Named Moe and Miss Saigon. Last year, he made his playwriting debut with the semi-autobiographical While I Yet Live off-Broadway.

Mitchell won a Tony in 2000 for his performance in Kiss Me, Kate. He was also nominated for Ragtime (starring opposite McDonald), King Hedley II and Man of La Mancha. His additional Great White Way credits include Women on the Verge of a Nervous Breakdown, Love/Life and Kiss of the Spider Woman.

Henry received Tony nods for his performances in Violet and The Scottsboro Boys. He has also appeared on Broadway in Bring It On, Porgy and Bess, American Idiot and In the Heights.

Dixon earned a Tony nomination for his performance as Harpo in The Color Purple. Other Broadway credits include Motown and he recently starred in the City Center Encores! presentation of The Wild Party (stepping in for a previously announced Henry).

Shuffle Along first played Broadway and became a runaway hit in May of 1921. The show, which was expected to become an immediate flop following a back-breaking pre-Broadway tour, ended up playing for 504 performance. The story follows two friends who both run for mayor in fictional Jimtown, USA. One wins and the other is appointed chief of police, but as they fight, their opponent plots to drive them out. The original production featured the talents of such soon-to-be theatrical stalwarts as Josephine Baker, Paul Robeson and Lottie Gee.