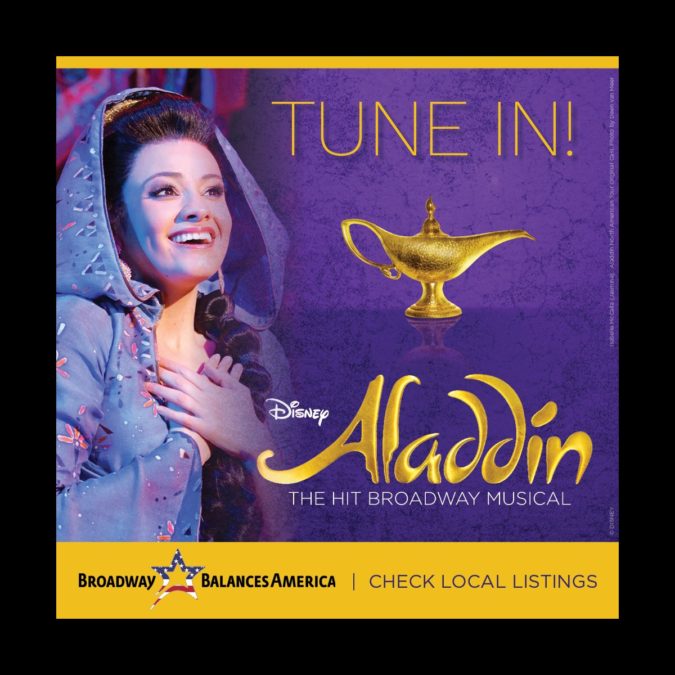 Taking you wonder by wonder! Broadway Balances America, the special five-part series airing on The Balancing Act on Lifetime Television, premieres its fourth season on September 11 (the episode will re-air on September 18) with an exclusive look at the touring production of Disney's Aladdin. Tune in as The Balancing Act takes viewers behind the scenes of the hit Broadway musical, which kicks off its touring production at Minneapolis' Orpheum Theatre on September 15.

In this episode, correspondent Amber Milt introduces us to Isabelle McCalla, who makes her national tour debut as Princess Jasmine. We’ll learn what it takes to bring a beloved Disney princess to life and how the role has transformed since the original movie—all while taking a glimpse at the backstage world of Aladdin! We'll also venture to the Cave of Wonders with brother–sister cast members Mathew and Lissa deGuzman, who explain how they balance life on the road. Plus, we'll watch Amber learn to tap dance to the iconic song, “Friend Like Me.”

From the producers of The Lion King, comes the timeless story of Aladdin, a thrilling new production filled with unforgettable beauty, magic, comedy and breathtaking spectacle. It’s an extraordinary theatrical event where one lamp and three wishes make the possibilities infinite.

Visit the official Broadway Balances America website to discover more about this exciting series and to find out which Broadway musicals will also be featured!