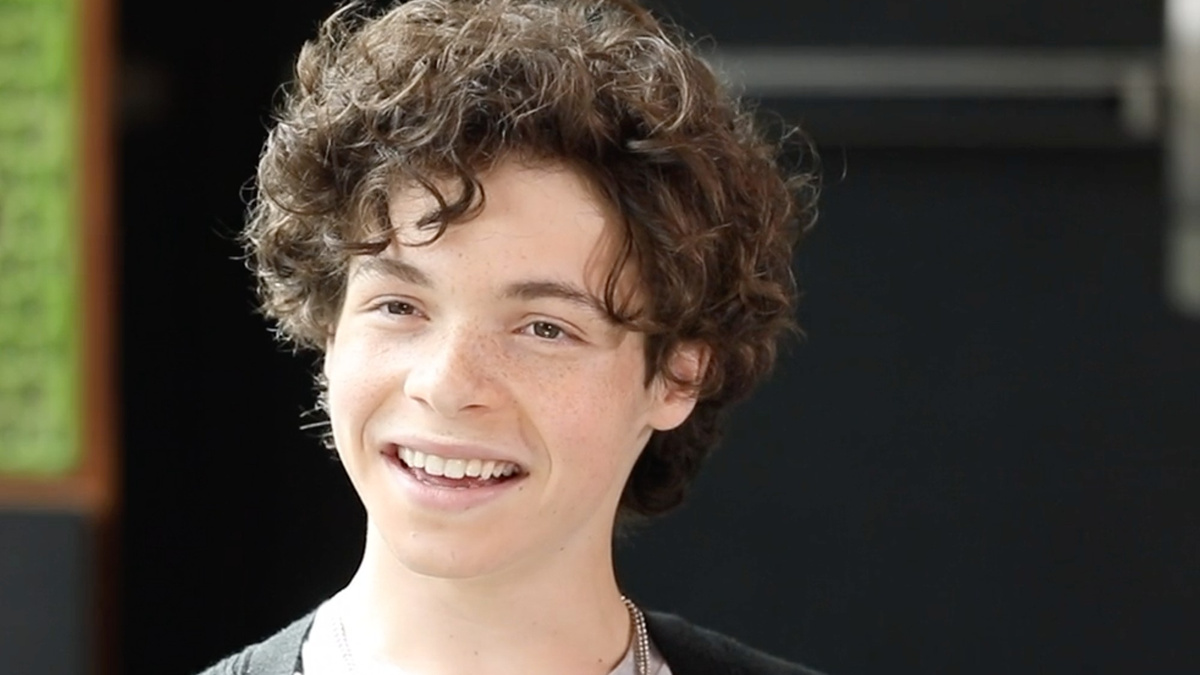 Eli Golden on Starring in 13: The Musical & Wanting to Work with Tom Cruise

Fourteen-year-old Eli Golden is ready for the spotlight. The newcomer stars as Evan Goldman in Netflix’s just released movie adaptation of Jason Robert Brown’s Broadway musical13. To celebrate the film’s premiere, Golden sat down with Broadway.com editor-in-chief Paul Wontorek at CitizenM to talk about starring in the film, his musical dreams and more.

The musical follows the story of a Jewish teen named Evan Goldman, who is forced to move across country after his parents divorce and start a new life. For Golden, Evan’s story wasn’t too far off from his own. “I think Evan is very similar to me, it was easy to channel into the character,” he said. “I was moved from New York to Canada. It was a big change, I was the new kid again. I was able to churn it all up and put it into Evan.”

The Broadway production was the first—and so far only—musical to feature a cast and band composed solely of teenagers. Among the original cast was Ariana Grande, Graham Phillips, Allie Trimm and Elizabeth Gillies. For Golden, being surrounded by fellow teenagers made the experience that much more thrilling. “I’m so excited for everyone to see what me and my castmates did,” he said. “I remember walking in the first day of rehearsals. It was really grueling. When I first got to set and we started rehearsals, I felt really out of place but I learned to be at one with everyone. I was like ‘you guys are all in the same situation as me. You guys are doing what I’m doing.’ It was eye-opening, and it was what I really needed. We are family now. I still talk with most of them on a daily basis.”

With a bright future ahead of him, Golden is excited about continuing to showcase his talents. “I want to pursue acting,” he said. “Right now I am working on a lot of music. I have a EP coming out sometime in the near future and my first song is out, ‘Back To Me,’ which I am super proud of. It was one of my first songs I ever wrote. I also want do an action movie, something with Tom Cruise.”

Watch the video below. Head here to check your local listings for The Broadway Show. Hosted by Emmy-winning anchor Tamsen Fadal, it is the only nationally syndicated weekly theater news program.