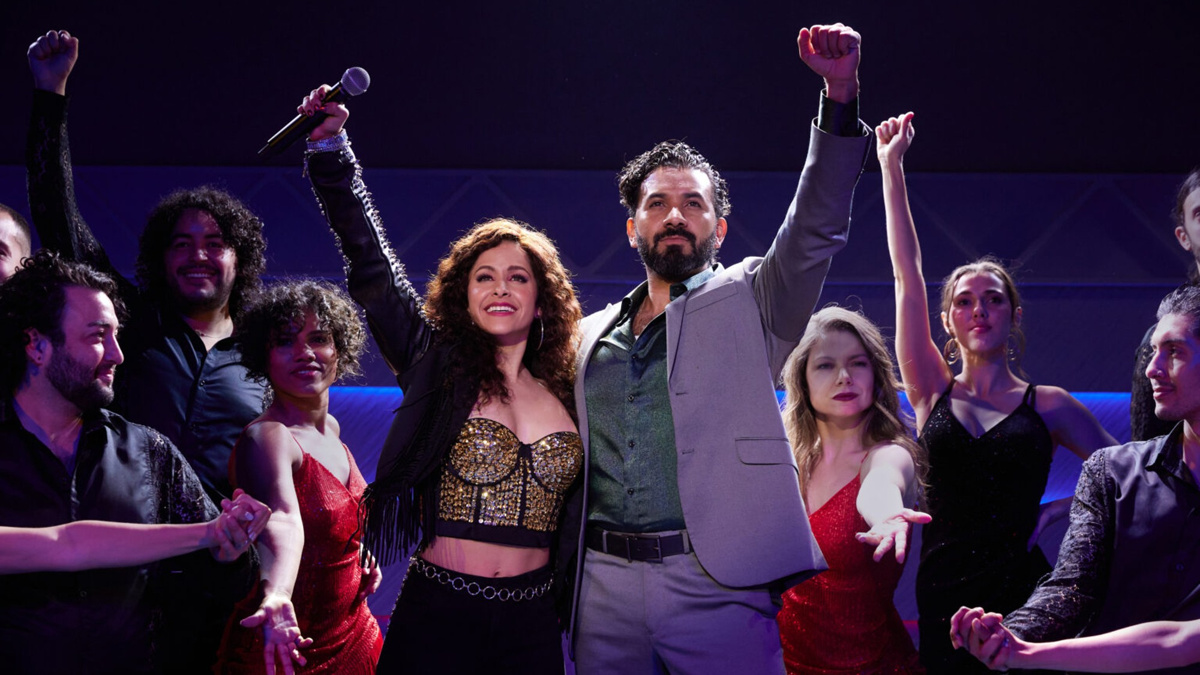 Gaby Albo and Samuel Garnica are set to star in the national touring production of Gloria and Emilio Estefan’s On Your Feet! Directed and choreographed by Luis Salgado, the tour will visit more than 70 cities with a press premiere to be held at the Kravis Center for the Performing Arts in West Palm Beach on November 15.

The performers starred in the world premiere of On Your Feet! in Spanish at the GALA Hispanic Theatre in Washington, D.C. earlier this year. A graduate of AMDA NY, Albo made her stage debut in A Chorus Line in Mexico followed by appearances in Aladdin, Cats, Mentiras and the North American tour of West Side Story. In 2017, she was a semifinalist on The Voice TV competition in Mexico. A native of Venezuela, Garnica’s New York stage credits include The Laurel of Apollo, Foreign Exchange III, Bethlehem, Fuego en Granada, Clandestino and Así Que Pasen 5 Años.

Based on the lives and music of 26-time Grammy Award-winning husband-and-wife team Gloria Estefan and Emilio Estefan, On Your Feet! is the story of how two people who—through an unwavering dedication to one another and their pursuit of the American dream—showcased their talent, their music and their heritage to the world in a remarkable rise to global superstardom. The show, which played Broadway’s Marquis Theatre from November 2015 through August 2017, features some of the most popular songs of the past quarter-century, including “Rhythm is Gonna Get You,” “Conga,” “Get On Your Feet,” “Don’t Want To Lose You Now,” “1-2-3” and “Coming Out of the Dark.”