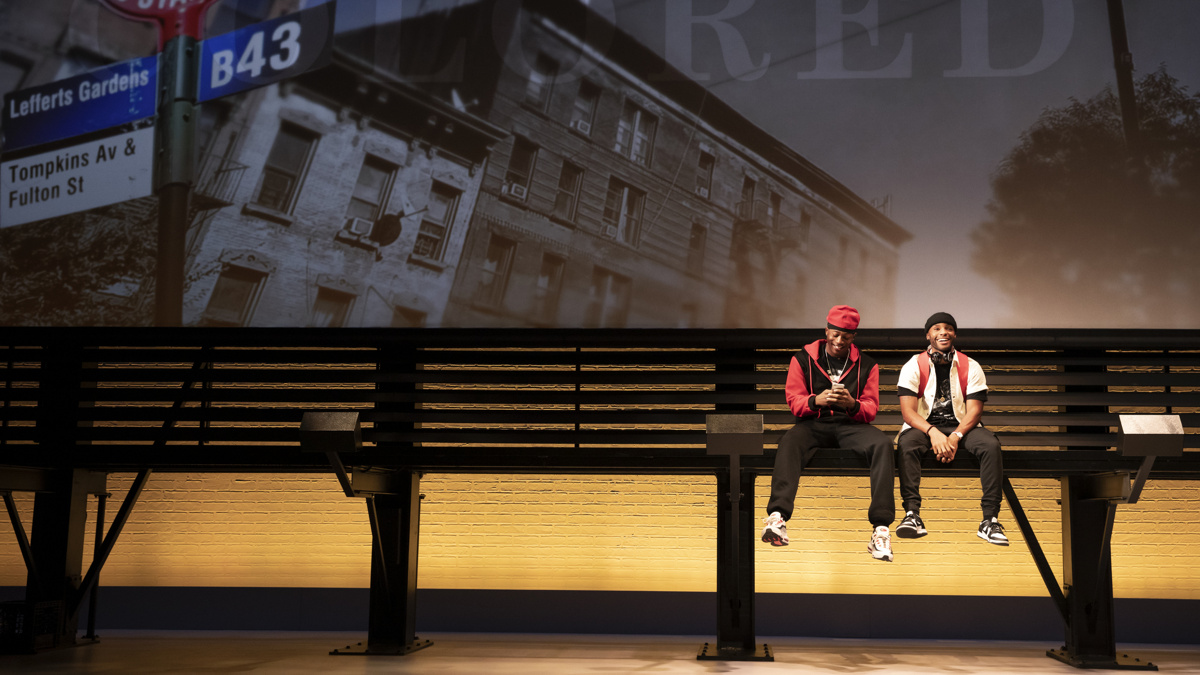 The first look at Keenan Scott II’s Thoughts of a Colored Man has arrived. As previously reported, the play moved up its opening night to October 13 at Broadway’s John Golden Theatre as opposed to the originally scheduled October 31. Steve H. Broadnax III directs a cast that includes Dyllón Burnside, Bryan Terrell Clark, Da’Vinchi, Grammy nominee Luke James, Tony nominee Forrest McClendon, Tristan “Mack” Wilds and Esau Pritchett. Thoughts of a Colored Man takes place over the course of a single day in the pulsing heart of Brooklyn, where the hopes, sorrows, fears, and joys of seven men reverberate far beyond the barbershops and basketball courts of their community. The play weaves spoken word, slam poetry and rhythm into a mosaic of the inner lives of Black men. It had its world premiere at Syracuse Stage in fall of 2019 and went on to play at Baltimore Center Stage later that year.