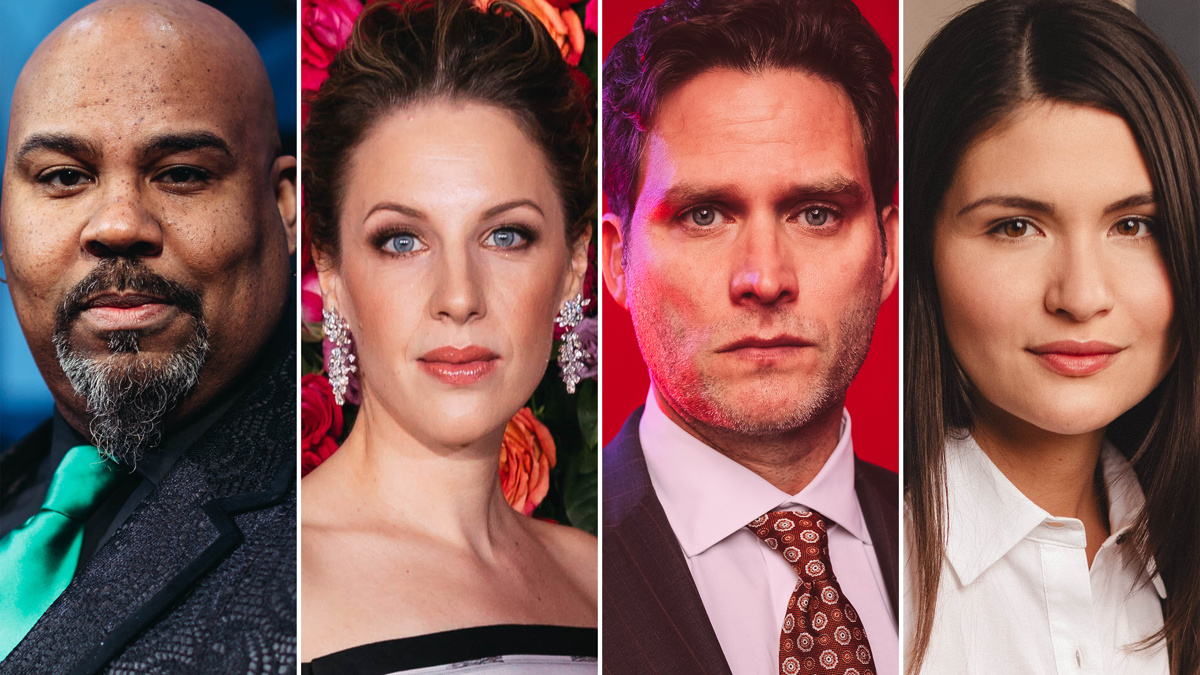 The Kennedy Center’s Guys and Dolls has found its stars. Tony winner James Monroe Igleahart will play Nathan Detroit, Tony winner Jessie Mueller will take on the role of Miss Adelaide and real-life couple Steven Pasquale and Phillipa Soo as will play Sky Masterson and Sarah Brown. Marc Bruni will direct the musical as part of the theater’s Broadway Center Stage series, which will bow at the Eisenhower Theater fin Washington, D.C. from October 11-16.

Iglehart won a Tony for his performance as Genie in Aladdin and was recently seen on Broadway in Chicago, Hamilton and Freestyle Love Supreme. Mueller won a Tony Award for playing the title role in Beautiful The Carole King Musical. She garnered additional Tony nominations for her work in Carousel, Waitress and On a Clear Day You Can See Forever. Pasquale’s Broadway credits include American Son, Junk and The Bridges of Madison County. He was recently seen in off-Broadway’s Assassins as John Wilkes Booth. Soo can currently be seen as Cinderella in Into the Woods at Broadway’s St. James Theatre. She earned a Tony nomination for originating the role of Eliza Hamilton in Hamilton.

“After a two year hiatus, it is so exciting to return Broadway Center Stage to the Kennedy Center, bigger and better than ever as full musical productions,” said Vice President and Executive Producer of Theater, Jeffrey Finn, in a statement.  “I can think of no better way to bring back Kennedy Center-produced theater than with this incredible team and stars collaborating on this iconic Broadway musical.”

Guys and Dolls, a Tony–winning musical by composer and lyricist Frank Loesser and book writers Jo Swerling and Abe Burrows, is set in Damon Runyon’s mythical New York City of the 1950s. The show follows a rowdy bunch of gamblers, gangsters, and showgirls in a wild game of chance. It features the songs “Sit Down, You’re Rockin’ the Boat,” “Sue Me,” “A Bushel and a Peck,” Adelaide’s Lament” and “Luck Be a Lady.”