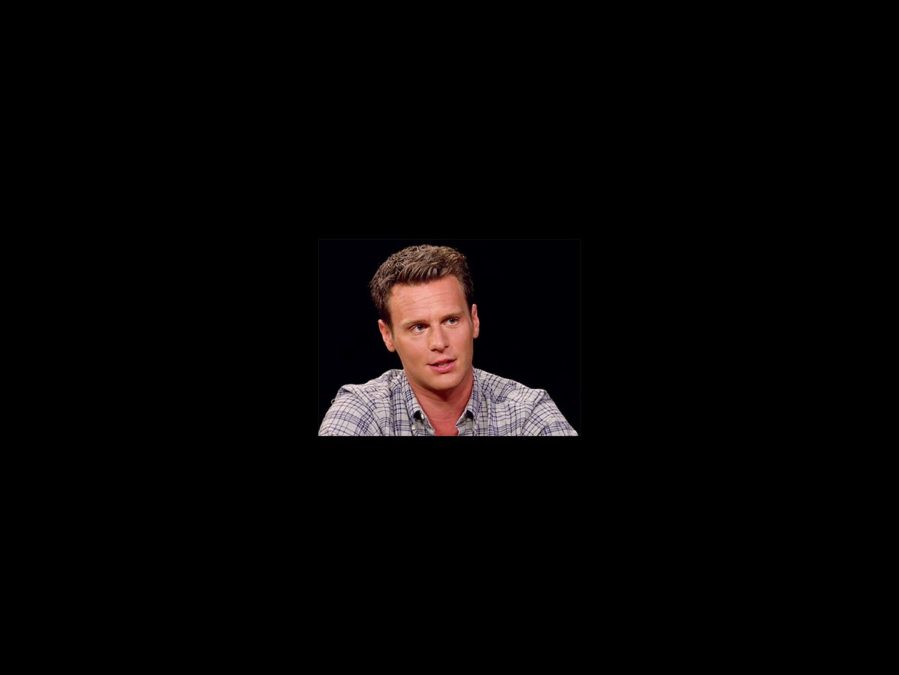 Jonathan Groff has reclaimed the crown from Andrew Rannells at the Richard Rodgers Theatre, giving King George a Beatlemania makeover in Hamilton. The Tony nominee recently sat down with Charlie Rose to talk about the Broadway megahit, saying “I have not gotten sick of it. I’ve done it over 100 times…It’s like a drug coming out there every night.” Because of his relatively little (though memorable) stage time, Groff confessed to sneaking into the house during the off-Broadway run at the Public Theater: “I couldn’t not watch. I couldn’t not leave the stage and watch the show. It had this explosive energy.” And what, according to Groffsauce, makes the show so wonderful? “It is so naughty!” Hmm, naughtier than dick socks and anal covers?