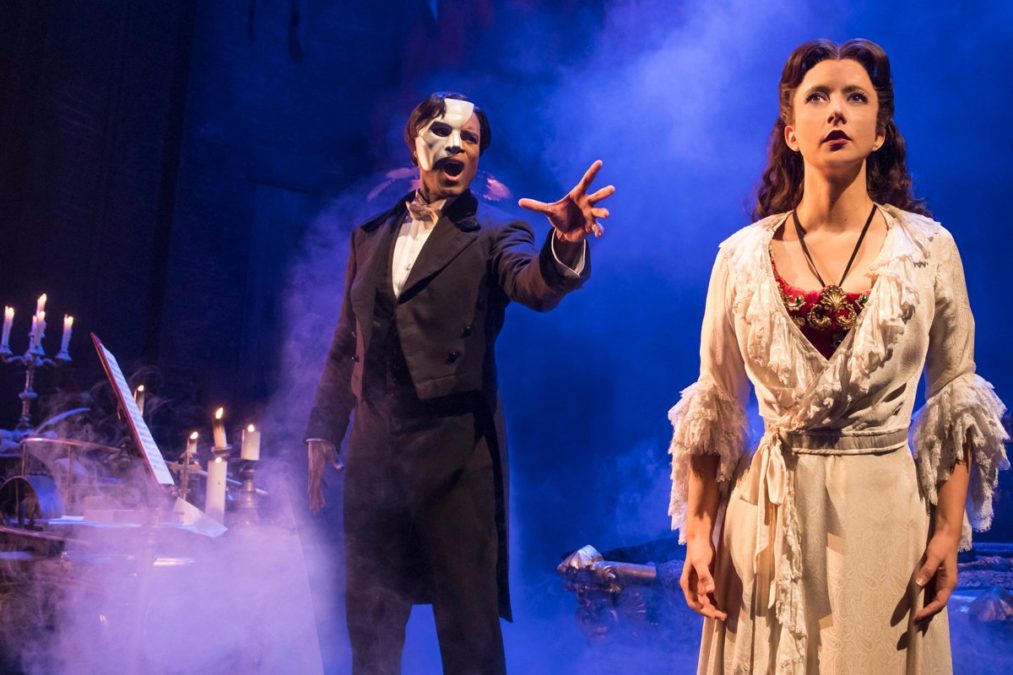 Music of the Night! Tickets Now on Sale for The Phantom of the Opera Tour in Boston

Why have we brought you here? It's time to see the Phantom, of course! Tickets are now on sale for the national tour of The Phantom of the Opera in Boston. This reimagined production of Andrew Lloyd Webber’s classic musical will open at the Boston Opera House on September 13 and run through October 1.

Cameron Mackintosh’s spectacular new production of The Phantom of the Opera arrives in the U.S., featuring a brilliant new set and staging. The story centers on the thrilling love triangle between the mysterious Phantom, Christine and Raoul at the Opera Populaire in Paris. Lloyd Webber’s score includes the beloved songs “Music of the Night,” “Think of Me” and “All I Ask of You.”

The production is directed by Laurence Connor with choreography by Scott Ambler, set design by Paul Brown, costumes by Maria Bjornson, lighting by Paule Constable and sound design by Mick Potter.

The Phantom of the Opera made its world premiere in London’s West End in 1986, where it still plays today. Lloyd Webber’s musical thriller has been running on Broadway since 1988, where it has grossed over $890 million in ticket sales and recently celebrated its 25th anniversary.

Watch the video below to find out why theatergoers are raving about this "phenomenal" new production of Phantom and get your tickets to see the show today!