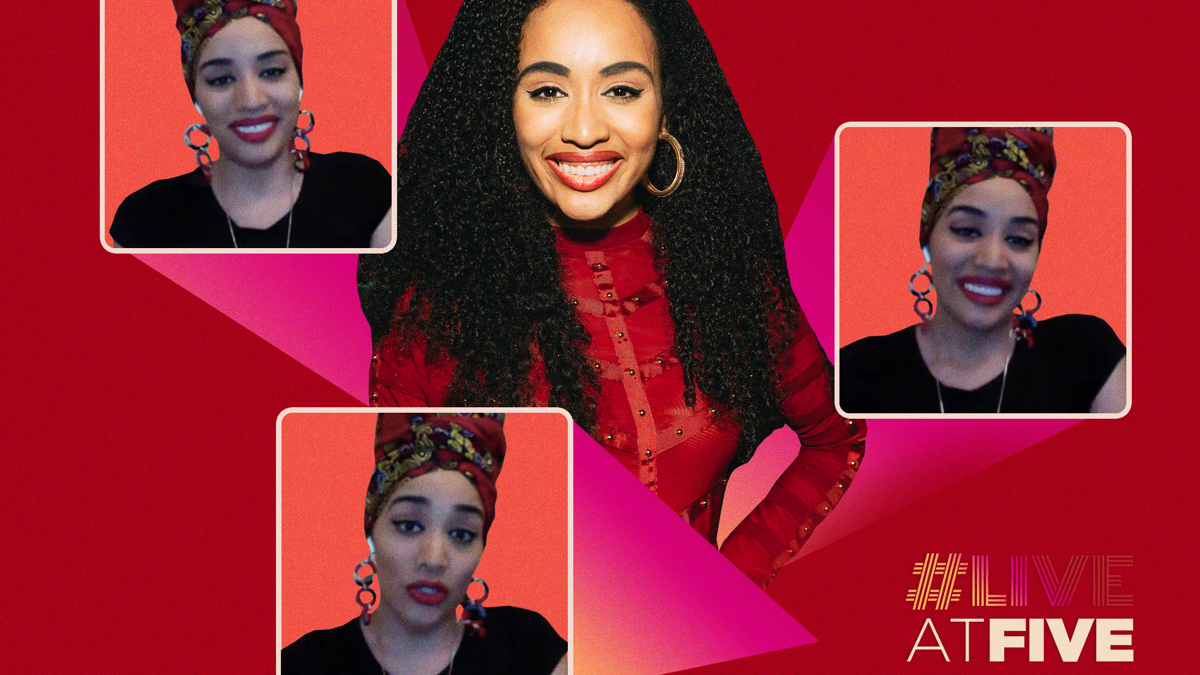 The divine Nicole Vanessa Ortiz was in rehearsal for the previously scheduled production of Sister Act at the Paper Mill Playhouse when COVID-19 put theater on pause. She was preparing to take on the beloved role of Deloris Van Cartier, the lounge-singer-turned nun immortalized in the 1992 film by Whoopi Goldberg and on Broadway by Patina Miller.

"Vocals were down pat for Act One. Dance routines were down pat. We had some really great rehearsals," the talented performer told Broadway.com's Paul Wontorek on a recent episode of #LiveatFive: Home Edition. Ortiz had even come by Broadway.com HQ to tape an epic Club Broadway.com performance of the show-stopping "Fabulous, Baby!" from the production. Sister Act has become one of the many theatrical engagements to be postponed in the wake of COVID-19.

This hardly means Ortiz has not used her heavenly voice in quarantine. On June 8, she livestreamed a charity concert entitled Six Feet Apart. Sponsored by City Hill Community Development, a nonprofit organization co-founded by her husband Demetrice D. Canty, the virtual event raised funds for bulk orders of protective health equipment for the fight against COVID-19. She brought on her longtime collaborator Eugene Gwozdz (you can spot him playing the piano in the "Fabulous, Baby!" Club Broadway.com video) for the virtual benefit. Ortiz shared that she is considering widening her original charity initiative for the event to donating masks and COVID-19 safety supplies to peaceful protesters in New York and New Jersey.

The previously announced event was originally scheduled to take place on May 31. Nevertheless, like many virtual events and celebrations, Six Feet Apart was postponed as a result of the killing of George Floyd and the nationwide protests and challenging discussions that have followed. "We did the taping on May 26—literally the day after the entire world found out about George Floyd," she explained. "I have my faith, of course. I have my hope and my love and the people who support me and my spirituality, trusting that God is in control. But you know what? When the world is on fire like this—figuratively and literally—it's hard to see Him through the smoke."

Leave it to Ortiz to hold on to resilience during this challenging time. "I've had a lot of beautiful conversations come out of this," she shared. "We shouldn't politicize humanity. We should all be able to unite on that one collective thought that we have to fight for each other—those of us who look like one another and then for those of us who look different from one another. Sit down, take a moment, open your mind, open your heart and listen to what it's like to walk in our shoes every day."

Watch Ortiz talk about Sister Act at Paper Mill and more in the full episode below!