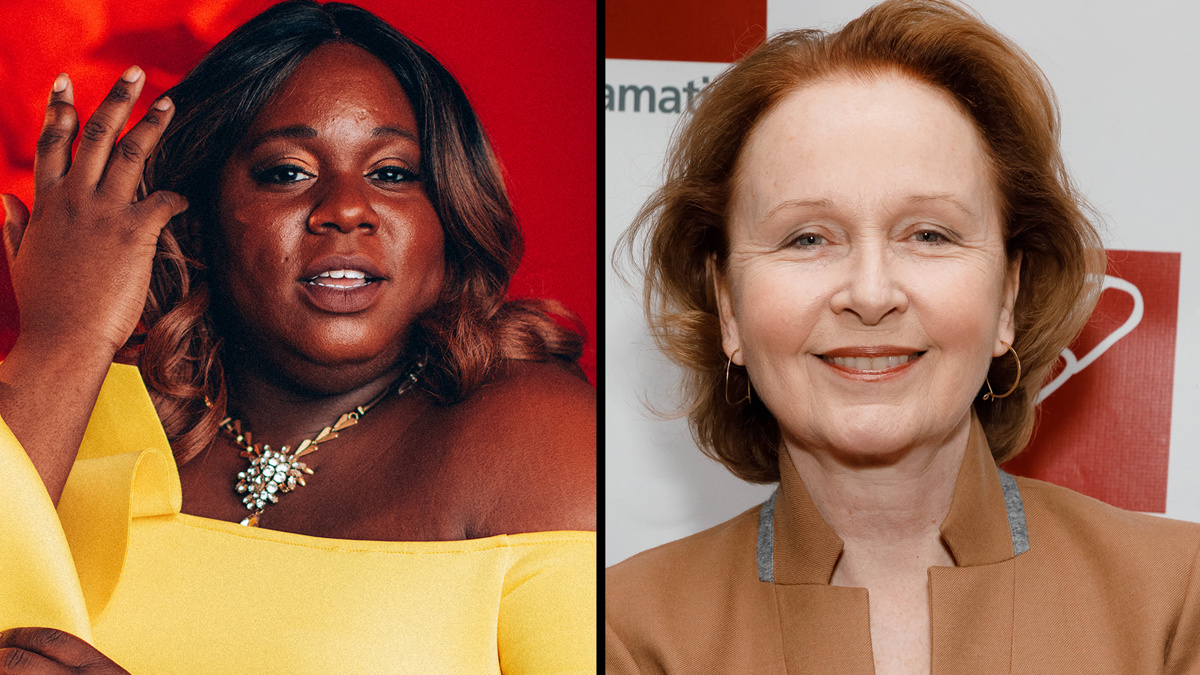 Alex Newell and Kate Burton Join Bradley Whitford-Led A Christmas Carol in L.A.
The upcoming Los Angeles production of A Christmas Carol will feature Alex Newell as the as Ghost of Christmas Present and Tony nominee Kate Burton as Mrs. Fezziwig and Ghost of Christmas Past. As previously announced, Emmy winner Bradley Whitford will take on the role of Ebeneezer Scrooge in this new interpretation of Charles Dickens’ classic story, adapted by Jack Thorne and originally directed and conceived by Matthew Warchus. This production will play at Center Theatre Group’s Ahmanson Theatre from November 30 through January 1, 2022.

John Legend Joins Ain’t Too Proud Producing Team
Grammy winner John Legend and his partners have joined the producing team of the Tony-nominated Ain’t Too Proud. The news comes just a week after Legend joined the cast (Nik Walker, Matt Manuel, James Harkness, Jawan M. Jackson and Jelani Remy ) for a performance during The Tony Awards Present: Broadway’s Back!, in which they sang songs from the jukebox musical. As previously announced, Ain’t Too Proud will resume performances at the Imperial Theatre with a special gala performance on October 16. Legend previously won a Tony for producing August Wilson’s Jitney in 2017.

Applications Now Open to Speak at TEDxBroadway 10th Anniversary Event
In honor of its 10th anniversary, TEDxBroadway is now being accepting applications to speak at their upcoming event, which will take place March 8, 2021 at off-Broadway’s New World Stages. Organizers are seeking speakers who can contribute to the overall mission answering the question of “What’s the best Broadway can be?” The deadline for submissions is November 10, 2021. Click here to apply and for more information.

RuPaul’s Drag Race Stars BenDeLaCreme and Jinkx Monsoon to Take Holiday Show on the Road
It’s all 10s across the board for this news! RuPaul’s Drag Race stars BenDeLaCreme and Jinkx Monsoon are taking the stage once again with a 26-city tour of The Return of The Jinkx & DeLa Holiday Show, LIVE! The two have previously toured together for their showTo Jesus, Thanks for Everything in 2018 and All I Want for Christmas Is Attention in 2019. The Jinkx & DeLa Holiday Special, a 60-minute variety special, premiere on Hulu last December. Click here for dates and more information.