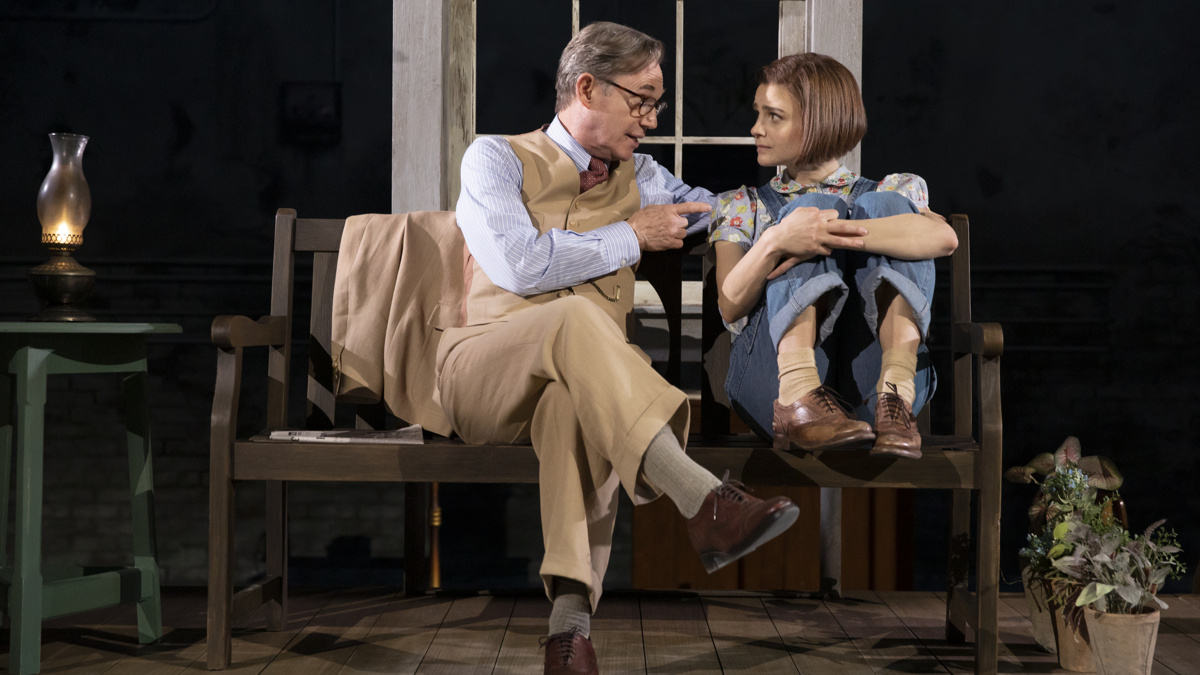 Aaron Sorkin’s stage adaptation of Harper Lee’s To Kill a Mockingbird is heading to a city near you. Currently playing in Boston through April 17, the national tour is scheduled to make stops in Chicago, Washington, D.C., Seattle, Los Angeles and more. Starring Richard Thomas as Atticus Finch, the cast also features Melanie Moore as Scout Finch, Jacqueline Williams as Calpurnia, Yaegel T. Welch as Tom Robinson and more. On The Broadway Show with Tamsen Fadal, Broadway.com Editor-in-Chief Paul Wontorek spoke with Thomas about playing the role.

“Atticus’ shoes are large. He takes up a lot of space in our cultural history. We think of him frequently, not as a character in a novel and then a film, but as a person,” Thomas said. “Of course, I read [the novel] in school and was very moved and touched and frustrated and energized by it. What’s so exciting about taking this show on the road: it’s a show that I think will elicit profound responses from people across the country—emotional, political, all kinds of stuff. It’s going to make all kinds of noise.”

“They’re really going to be in for a wonderful, necessary evening at the theater as a country, as a society, as a world,” Williams added. “Part of me wishes we didn’t need this story as much as we do. Everyone will be coming in from whatever walk of life they come in with. I don’t think it’s possible to experience this story, this play, this evening and not feel something.”

Thomas has previously performed on tour in Twelve Angry Men and The Humans. “The joy of the road—if you’ve done it before—is that you come into a town having a feeling of the particular character and personality of that theatergoing audience. It’s very exciting,” he said. “First time I did it, I thought, ‘There’s something so ancient about this process of having a group of players together and going from city to city and bringing your play and setting it up and doing it and unpacking it and moving it on.’ It makes such a wonderful connection with the history and the story of our profession.”

Watch below, and head here to check your local listings for The Broadway Show. Hosted by Emmy-winning anchor Tamsen Fadal, it is the only nationally syndicated weekly theater news program.