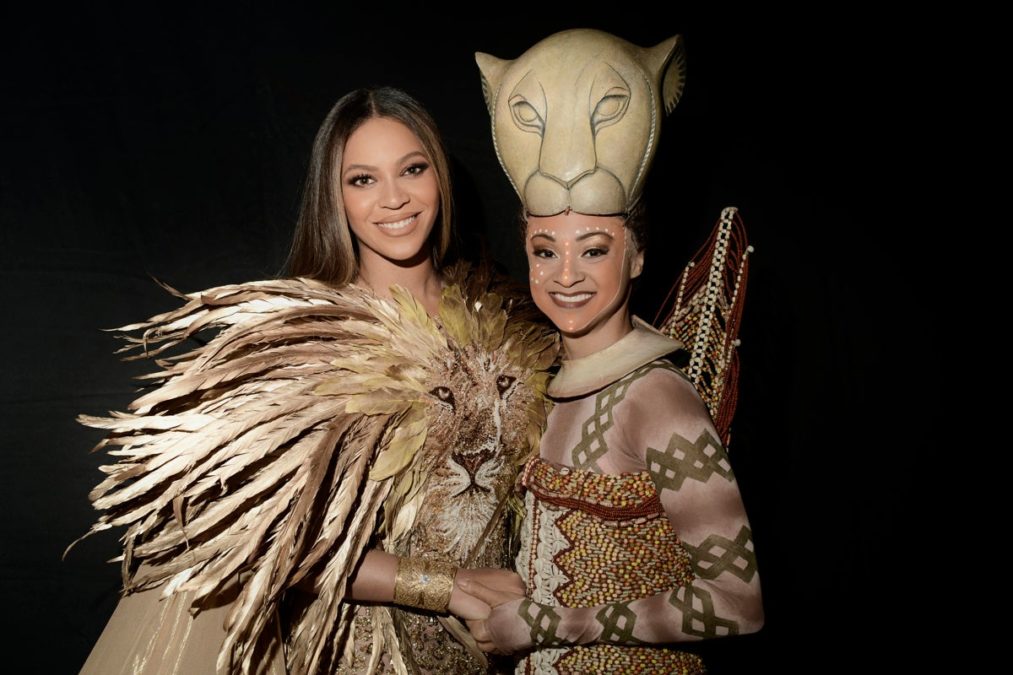 We just can’t wait for her to be king queen! Beyoncé, who will provide the voice of Nala in the highly-anticipated upcoming movie adaptation of The Lion King, took a visit to Pride Rock on June 1. The cast of Broadway’s The Lion King took to the stage at WACO Theater Center’s The Lion King-themed Wearable Art Gala in Los Angeles and performed for the likes of Jay Z, Blue Ivy, Kelly Rowland, Michelle Williams, Tiffany Haddish, Tyler Perry, Anthony Anderson and Magic Johnson. After the cast performed “Shadowland,” Beyoncé met them backstage and posed with Syndee Winters, who currently brings Nala to life eight times a week on Broadway. Check out this fierce photo and head to the Minskoff Theatre to catch the third-longest running musical before seeing it on the big screen on July 19.