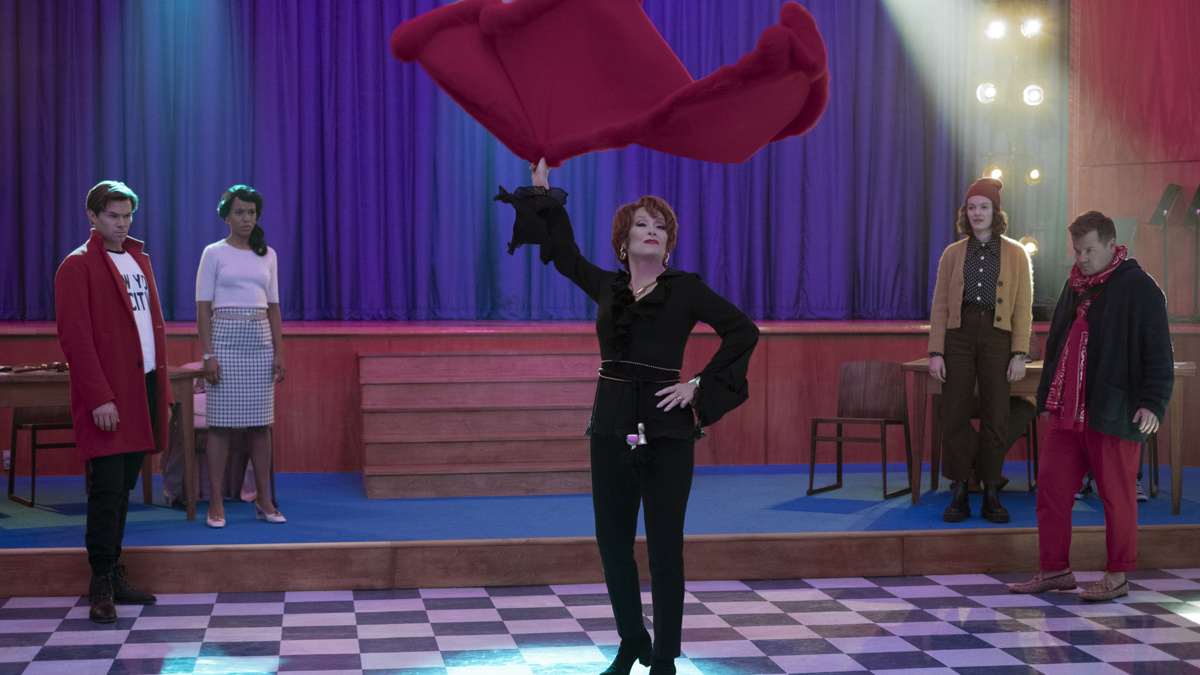 The lady’s improving, and Meryl Streep is honoring the woman who started it all. Streep, who stars as Dee Dee Allen in Ryan Murphy’s upcoming film adaptation of The Prom, gave the musical’s original star Beth Leavel some love during a recent Q&A with the cast. Saying that the original Broadway cast was “the initial inspiration,” Streep made a point to honor the actress who originated her role by saying “to Beth Leavel, who showed me how to do it.”

This isn’t the first time the award-winning performers have been seen in the same role. In 2008, Streep played Donna Sheridan in the hit movie adaptation of Mamma Mia! and the following year Leavel donned the supper trooper costume on the Broadway stage at the Winter Garden Theatre. As previously announced, Leavel will soon take on the role of Miranda Priestly, Streep’s iconic The Devil Wears Prada role, in the upcoming stage adaptation. And as Leavel said, “if you’re going to give your child to someone, I think Meryl’s probably the best person.”

Be sure to watch The Prom, starring  Streep, James Corden as Barry Glickman, Nicole Kidman as Angie, Andrew Rannells as Trent Oliver, Ariana DeBose as Alyssa Greene, Kevin Chamberlin as Sheldon Saperstein, Kerry Washington as Ms. Greene, Keegan-Michael Key as Mr. Hawkins and newcomer Jo Ellen Pellman as Emma, when it arrives on Netflix on December 11.