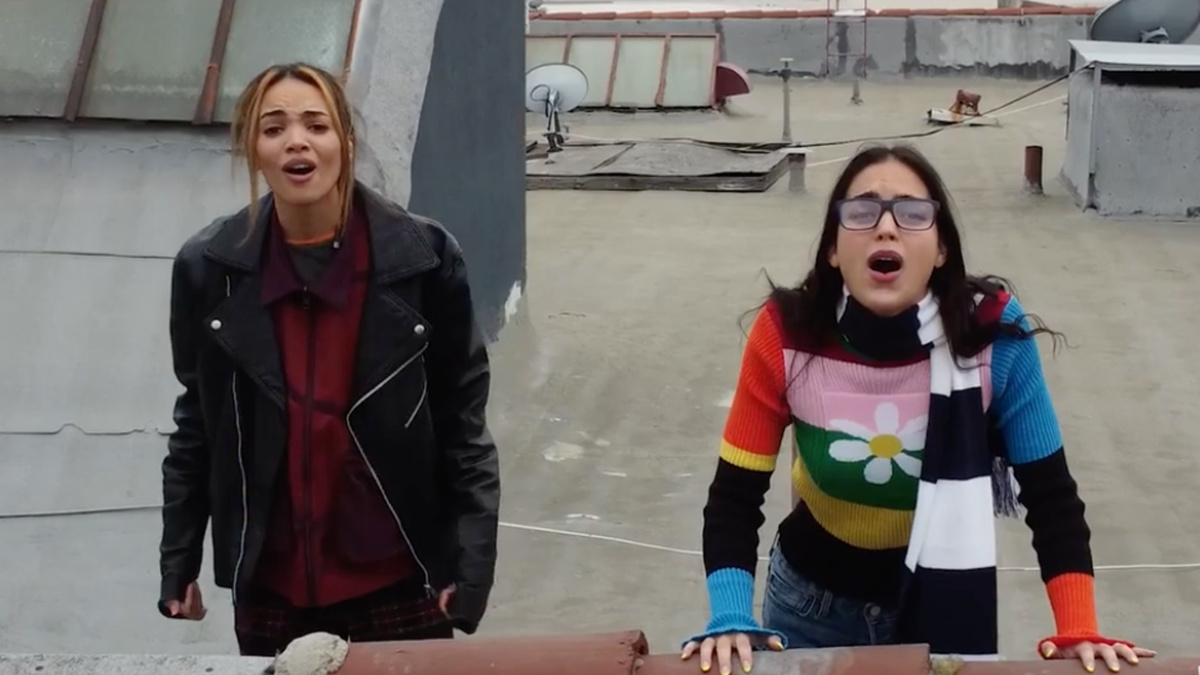 In the Heights movie stars Melissa Barrera and Leslie Grace came together to put a spin on the Rent song “What You Own” during Miscast21 that took place on May 16. The event, which features stage and screen stars performing songs from roles in which they would never traditionally be cast, was hosted by MCC Theater and premiered online for the second year in a row due to COVID-19. For their performance, Barrera donned a stripped sweater as an ode to Mark Cohen while Grace channeled her inner rock star and wore a Roger Davis-esque leather jacket. Watch the video below to see the stars in action, and be sure to see them on the big screen when In the Heights is released on June 11.