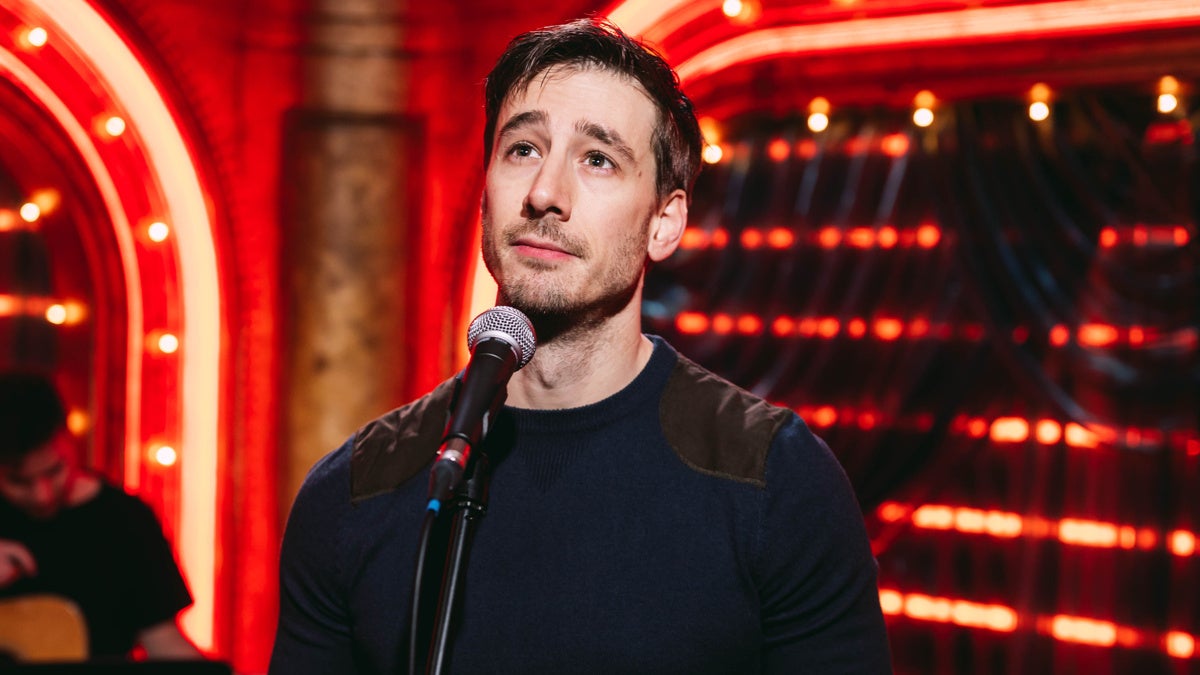 Anthony Festa is leading the Miss Saigon national tour as Chris, an American G.I. who falls for Kim (played by Emily Bautista) during the Vietnam War. He showed off his powerful pipes when he performed “Why God Why” for Club Broadway.com. As he mentioned on #LiveatFive, performing the epic number, where his character laments finding true love during a brutal time of war, became more meaningful after a visit to Vietnam. But Festa’s relationship to the song began far before he put on Chris’ war uniform: “A personal memory is listening to this song with my father for the first time ever when I was 15 and him telling me that I would play this role someday. He’s no longer with us today, but he’s with me every single night.”

Festa compares the gravity of the “Why God Why” moment to Elphaba’s fateful first steps at Shiz University in the Broadway smash Wicked. “It’s ‘The Wizard and I’ for Chris,” he explained. “It tells a full circle of emotions in three minutes. Kim has awakened Chris in a way that no one else has before. As the song builds, the reality that this beautiful night and place that surrounds him is also a place of war, a place where Chris has also seen the worst in humanity. The frustration and inner turmoil ultimately leads him back to beautiful and innocent Kim.”

This rendition of this Miss Saigon classic is particularly special because it requires some new vocal acrobatics that were not present in previous versions. “Early on in the creating process, [producer] Cameron Mackintosh told me that for the first time in 30 years, they wanted me to hold the last note for as long as I can. Then the orchestra cuts off with me at the end,” Festa said. “It’s a beautiful adjustment made by a brilliant producer. The biggest reward is the audience’s response every night. The biggest challenge is holding that last note.”

Watch Festa’s epic take on “Why God Why” in the Broadway.com studio below, and experience the Miss Saigon tour in a city near you!